The peace between land and sea is in danger. As Aquaman, you must unite the Robloxian community across the seven seas and complete the challenges that await to restore order. Become the hero you were always destined to be in this epic, action-packed Roblox adventure! Through January 2, you’ll earn exclusive rewards for completing in-game event quests. The more quests the community completes, the more trials that will be unlocked in Aquaman: Home is Calling. Completing these trials gets you one step closer to the throne and the ultimate showdown for the future of Atlantis.

Aquaman was an event on Roblox that started on November 20, 2018, and ended on January 2, 2019. It is sponsored by the DC Comics superhero film titled Aquaman but is not related to the film.

Initially, many players have found the combat system in Rolantis to be quite buggy and laggy, in particular pointing out how the basic attack animations seem to be disrupted after staying for a few minutes in the server. Fortunately, all of these issues have been fully addressed by the event developers.

This game has also been criticized by some players for its mobile interfaces for some minor graphical glitches and small interactive elements. For example, when a mobile user opens up the menu, the left and right sides of the GUI may appear cut off. The developers have indicated in their community Discord server that they are aware of the issues and are looking into addressing them to fix them.

Initially, due to the large and detailed map, many mobile players on low-end mobile devices were not able to join the game or play it for an extended period of time, but this has also since been addressed by the event developers by cutting off a more-or-less empty portion of the map. Also in general, optimizing the map and scripts. The game now runs fine on low-end devices.

Notably, the developers have been active in collecting and addressing bugs and other feedback through their community Discord server.

Players complained that it requires in-game level 10 in order to unlock the trial, which is time-consuming. Developers addressed this issue by giving a 3x experience boost to players below level 10. Since then, the rating of the game has drastically increased. The trial was also reported by players to be too difficult and time-consuming initially. This was due to the fact that two rooms contained too many enemies, and the ending room contained 3 giant robots that were difficult to defeat in single player. Developers have quickly taken note of these issues and addressed them by reducing the levels of the robots in the ending room, nerfing the charge attack of the giant robots, and removing some enemies in another difficult room. An effective way of killing the giant robots is by attacking their legs or going under them so their lasers miss (as the lasers are head-level).

The actual trial is pretty easy, which players enjoyed after the initially difficult Trial of Power. This trial is available to level 20 players, which means that players need to level up from level 10 to 20, which was reported to be time-consuming. This has since been addressed by the developers, as you now gain experience quicker when you are below the level requirement of the active trial.

There were minimal issues overall with this trial, aside from how the crabs were reported to be quite glitchy in some servers as they would often move in random directions inch-by-inch after being called with the Horn. Some found the trial itself to be time-consuming due to the average length it took to complete (as opposed to the Trial of Power and Trial of Endurance).

Some players had to wait for excessively long periods of time before being placed on the winning team, while others were able to obtain the prize quite quickly. There were no other major issues with this section of the event.

Novaly Studios was criticized for its tedious and time-consuming quests, particularly the pearl stealing objective. There would only be one cyan-and-yellow chest in the treasury at a time, only rewarding the player with one pearl. Following a raid, the building would close for 5 minutes. Sheriffs would also camp inside the building to either disarm the bomb and close the building or kill bandits trying to enter. Many players sped up the process by server-hopping or by rejoining the same server each time they robbed the pearls while the treasury was open (if they had Roblox+ to view specific server pages). Overall, it would take at least 10 minutes to get 1 pearl, totaling the amount of time required to complete the event to 3 hours and 20 minutes considering you stay in the same server.

This game has also been heavily criticized for the lack of mobile support, as mobile users cannot arm the bomb nor can they zoom in with snipers, causing them to have to rely on computer users to arm the bomb for them.

The primary complaint with BOOGA BOOGA was the lack of food sources in the new event-specific map, causing many to die of starvation multiple times while trying to complete the event. There were reported to be no land animals available that would drop meat when killed, and the only food available were coconuts which were quite rare to find since many players had already looted the palm trees for their coconuts. Later on, the map was updated with orange trees and 2 types of animals that drop meat to fix this problem.

The use of the Lost Sea map itself for the event was a point of critique as it was not as refined as the original map, as well as quite unoptimized for mobile devices. Data loss was reported by some after leaving and rejoining the game, which included their progress with finding caves and crafting the tridents.

The sharks were not moving but a few days later, the owner has fixed shark issues.

Feed Your Pets was seen as having the most straightforward tasks to complete out of the three external games. There were minimal complaints about difficulty. Although, some may have found it too easy as a result. 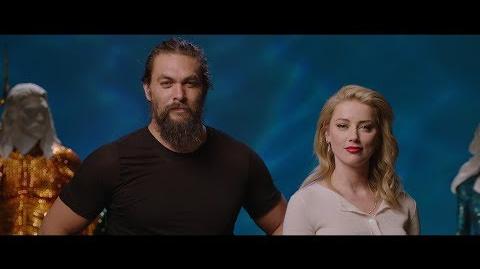 As seen on Aquaman prizes.