Don't let this one get scrambled!

Fabrainz Egg is a hat created by ROBLOX. To achieve this egg a player would need to find 100 shards from within a server and a full potion in Egg Hunt 2016. As of February 23, 2019, it has been favorited 345 times.

This hat is pink egg-shaped egg with lots of gold wires on it. A rotting zombie hand is holding it. 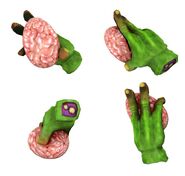 An unused version of the Fabrainz Egg.[1] 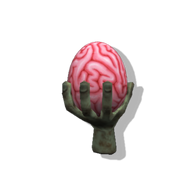 Retrieved from "https://roblox.fandom.com/wiki/Catalog:Fabrainz_Egg?oldid=947952"
Community content is available under CC-BY-SA unless otherwise noted.