Features generic pirate's hat. It has a black base color with a picture of a skull and below it are a pair of crossbones in the middle along with a feather on the right poking out the top. 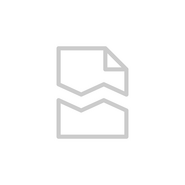 Catalog image of failed Pirate Captain's Hat.
Add a photo to this gallery
Retrieved from "https://roblox.fandom.com/wiki/Catalog:Pirate_Captain%27s_Hat?oldid=972532"
Community content is available under CC-BY-SA unless otherwise noted.