Accurate as of Aug 08, 2020
Alex Binello, known as alexnewtron, is a Roblox game developer and former Roblox intern most known for creating MeepCity, an online game where you edit your house, start parties, and stylize your "Meep". Similar to games such as Club Penguin and ToonTown.

alexnewtron has created many games on and off Roblox. He created his account on December 15, 2007, and started to develop games after seeing other users make them. On June 24, 2009, he created Ultimate Survive an Erupting Volcano. The game's main focus was to survive a volcano, and is similar to present-day survival games on Roblox. On December 5, 2009, Alex had toyed with a space gun and reverse-engineered it to become a dodgeball, and Alex's second game, Dodgeball, was created. He later made Wheel of Fortune, based on the TV show with the same name on December 23, 2009. He later went on to develop a site inspired by Club Penguin called SocialMeeps that eventually evolved into MeepCity.

Roughly around the same time, alexnewtron created MeepCity (previously SocialMeeps), an online chat room where users could customize their “meeps”, round circles that can be equipped with Roblox hats and chat with the community. He used the site to get early beta testers for MeepCity and Robot Blox. The site was shut down March 2015 to get users of the site to switch to the Roblox game. setherroni, a close friend of Alex took over the group and is the community manager. Alex's main focus is on MeepCity and has had many updates.

Alexnewtron added to his game interests when he made Roblox Dodgeball in 2015. Roblox Dodgeball started to gain popularity in 2016 and and he has many plans to update it but several of those never came to fruition.

After creating his Roblox account, alexnewtron transitioned from playing games, and he created Ultimate Survive an Erupting Volcano. The game is based around players surviving an erupting volcano, and led alexnewtron to be a success. alexnewtron has claimed he doesn’t want to work on the game anymore, and the game is still active as of April 24, 2018.

In late 2011, alexnewtron decided to make a website. He left Roblox and created SocialMeeps after working with his friend, setherroni. He used the money from working at Disney to run the site. Although MeepCity was originally an online chat, alexnewtron had always planned to expand to fulfill his passion. Three years after he renamed SocialMeeps to MeepCity, Alex shut down the site in 2016 to work on MeepCity for Roblox.

From 2014, alexnewtron created a game becoming a big hit, by the name "Wheel of Fortune". It is also based on the Wheel of Fortune show. In this game, players must play different rounds and try to win at the last round. Players were formerly forced to pay to play the game in order to get in one of the different servers. Around 2015, he removed paid access and made the game free, much to the annoyance of most users who paid to play the game before. The game is now deleted from his creations.

Alex created a 2D Roblox game by the name of Apples to Apples on Roblox, based on the card game named the same name by Mattel. The game was a huge hit, but Roblox took down the game after they received a "Cease and Desist" letter from Mattel asking Roblox to take the game down. Alex complied and later changed the name to "Oranges to Oranges" to avoid copyright infringement. Alex soon re-created the game in 2013 as "Pears to Pairs", becoming a popular game for the second time. It is now closed due to being broken and in experimental mode.

alexnewtron has been accused of being a supporter of online dating on Roblox by many, due to his perceived lack of effort to stop online dating from happening within his game.[1] Some have gone as far to say that he himself is an online dater due to this. This has lead to him being criticized for being a greedy game developer who puts profits before players.[2]

He has also been criticized for abruptly shutting down the original SocialMeeps website with no warning, thus taking hundreds of people's dollars and not refunding it. Linkmon99, the richest person on Roblox, claims that alexnewtron scammed him and others when he shut down the website. The statement can be found on this video. 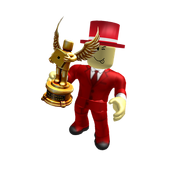 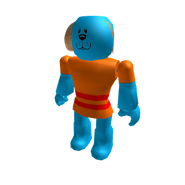 Retrieved from "https://roblox.fandom.com/wiki/Community:Alexnewtron?oldid=992605"
Community content is available under CC-BY-SA unless otherwise noted.