< Community:Amanda
View source
Stub
This article is a stub. You can help the Roblox Wiki by expanding it.

Sci-Fi
Experience Gravity is a comedy game by amanda. The game is known to contain many badges, with most being awarded for the number of times a player falls off the map and the amount of time a player has played the game.

A secret, yet well known trick is possible to pull off when done correctly, which involves jumping on the sign to be flung into outer space. When flung, players are able to revolve around planets. However, if a player tries to revolve around the sun after clicking on another planet, they will plunge into the sun instead, and they will be sent back to the baseplate. 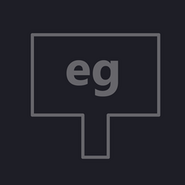 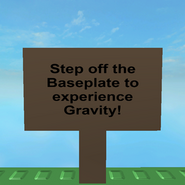