< Community:Callmehbob
View source
Royale High Wiki
This game has a dedicated wiki project hosted by Fandom that is part of the Roblox Interwiki Project and provides more information about the game.
This page needs improvements to meet the Roblox Wiki's standards.
Please proofread or rewrite this page as necessary to ensure that it meets the Roblox Wiki's content and style standards. The specific problems are: Incomplete in some areas; trading, events, customization could use more information, reception section is extremely out of date.

Adventure
Royale High is a school-themed roleplay/hangout and dress-up Roblox game owned by callmehbob. It was originally titled Fairies and Mermaids Winx High School, and intended as a Winx Club fan roleplay game, up until November 2017 until the game was renamed and reworked to more than a fan game.

Players are intended to dress up, roleplay or chat with other players, and complete various gameplay activities to level up and gain more diamonds to purchase new items. Players are given a teleportation staff to navigate the game, along with a phone to communicate with friends and keep track of timers.

Royale High's main in-game currency is Diamonds, which is earned through gameplay, or may also be purchased with Robux. There are sometimes limited currencies used in specific seasonal events.

Royale High is split into multiple realms that have different purposes. All of them can be used to chat with other players or roleplay, and some have the sole intent of roleplaying.

To move, players can hold ⇧ Shift (PC) or toggle the sprint button to run faster. Double jumping will enable or disable flying in most realms. At the right side of the screen, a menu with buttons for the player's phone, customization (Dress Up), animations, the in-game shop, and realm teleportation can be accessed at any time. The menu also contains the player's current level and experience to their next level, an on/off toggle for music, and the YouTube Settings, a menu for hiding certain UI elements or adding filters for the ease of video creators or in-game photographers. Certain realms add additional buttons to the menu, and the menu can be hidden at any time.

Players can customize their character with being able to choose clothing, hair, faces, skirts, shoes, wings, and accessories to wear. While some of these are free at all times, many items are either obtained through limited-time events or must be purchased either with diamonds or Robux.

A large amount of the content in the customization menu, including 2D clothing, custom faces, hair textures, and item patterns (fabric designs), are contributed by players in the Royale High community through various submission opportunities and forms hosted by the developers on Twitter. The clothing also aims to directly support clothing designers on Roblox, allowing a direct way to purchase the original shirt and/or pants on the Roblox website.

While customizing, players can also opt to edit their Profile, also known as the Journal, where they can add certain text entries to answer questions or fill out prompts. With certain game passes, players can also recolor their journal or add stickers. Other players can view a player's journal by clicking on their character, which also includes certain interaction buttons.

Players that are level 75 or higher may access the Intergalactic Trading Hub realm to trade customization items and diamonds with other players. There are certain items that cannot be traded. There is a 40 item limit to how many items can be traded at once.

All game passes that are or were available in Royale High.

Realms are separate places in the overall Royale High game that players can teleport between for different gameplay activities or areas to roleplay.

Royale High's starter place varies and changes depending on the update. Sometimes the starter place is set to a certain realm if there is a seasonal event or update in the realm. Otherwise, it is typically set to the Arrival Screen, a "main menu" for the game that provides all realm teleportations, direct teleportations to timers, access to the phone menu, a level leaderboard, and a changelog.

There are three school-based realms, where players can complete classes and activities for diamond and experience rewards and participate in scheduled school days;

Certain realms house time-gated interactives for players, but otherwise are meant for roleplaying;

Other realms have additional gameplay elements;

Other realms only exist for roleplay or interacting with other players;

There is also an additional realm, In Loving Memory of Lizzy Winkle, which is in a separate experience from Royale High. The realm is meant as a tribute to Lizzy_Winkle, a member of Royale High's fan community with multiple wings & items added in-game, who passed away on November 29, 2019. It can be accessed in the "Earth" realm in Royale High by interacting with the memorial tree, though the player will only be able to join if they had played Royale High prior to the realm being created.

Royale High also once had Diamond Beach, a name applying to various instances of a realm of a private beach cove that was used for testing or as a lobby. There was also the Divinia realm, a small island where the Fountain and the Designer Boutique were originally located, introduced on February 1, 2019 and interchanged with Earth as the lobby until it has since been fully inaccessible since August 31, 2019.

Some additional realms are made available or replace other realms during events.

Some events consistently return every year;

Some events have only appeared in select years, or are extremely minor;

Royale High was featured in the Egg Hunt 2020: Agents of Egg event, which rewarded the Eggchanted egg for completing the quest inside Battle a la Royale.

Despite being one of the most popular games (beating Jailbreak and MeepCity on occasion), it has received mixed reactions. Since it primarily targets a female audience, male players tend to criticize the game more often as there is not much to appeal to them in comparison.

Royale High was originally a Winx Club fan game. However, it has taken steps in recent years to remove direct monetized items related to or directly using items from Winx Club, including gameplay elements and wing designs. In December 2019 and January 2020, Royale High developer KateKa22 hosted the "Elements Wings Contest" to gather new element designs for wings to replace Royale High's massive amount of copyrighted wing designs in its shop, including designs taken or ripped from Winx Club and Perfect World. Over 70 new designs from 60 different artists replaced the old designs. As of now, Royale High continues to retain their Enchantix High realm, including all Winx Club theming, music, images, and assets.

Multiple hair styles still in-game are ripped from The Sims 3 and The Sims 4 (or mods/"custom content" for these games). Some accessories also appear to be ripped from various free accessory and part packs made for MikuMikuDance character models. However, these appear to be sourced from the toolbox, originally from mass stolen asset ripping uploads made to Roblox when mesh uploading was first enabled.

Royale High has numerous badges meant to be granted by notable figures in the Royale High community ("influencers"), including popular artists, YouTubers, and other content creators. These are forms of "you met" badges, which can be granted by the player to nearby players when prompted.

Due to various community incidents with certain players associated with these badges, the game has had to disable or sometimes entirely remove badges for these players.

During Royale High's Valentines 2021 event in Divinia Park (started on February 12, 2021), the game also included a section of the park dedicated to celebrating the Lunar New Year due to its date (February 12) falling near Valentine's Day in 2021, called the Lunar New Year Celebration Area. The area intended to represent multiple cultures that celebrated (or were presumed to celebrate) Lunar New Year. However, food stalls were providing numerous items unrelated to the Lunar New year. Some stalls focused on Japanese dishes such as taiyaki ice cream and ramen, while Japan does not directly celebrate Lunar New Year. Bubble tea was also included, despite its lack of relation to Chinese New Year. Additionally, the buildings were heavily based on Japanese shrines. This displeased some players, who made posts on Twitter that were shared in the Royale High community explaining some issues with the event. Royale High developers had contacted someone to inquire on accurate practices, but some errors occurred in the communication.[1] Some of the developers inquired for improvement suggestions[2] and overhauled the Lunar New Year Celebration Area to be more accurate and respectful, however, the changes were never added to the game before the event ended.

Ice7, a programmer for Royale High, shared on Twitter on July 21, 2020 that he had filed a lawsuit towards Star Status two weeks prior on the basis that their game, Crown Academy, had used stolen Royale High code and assets in its production from a previous Royale High developer that was now working for Star Status.[3] In his post, he provided links to legal documents that included screenshots of alleged reused code, assets, and text from Royale High.[4] Star Status later filed a counter-suit against Ice7, confirmed by PixelatedCandy, the owner of Star Status.[5]

Although the screenshots are not confirmed to be real, their release triggered a very volatile response from the Royale High community. Upon the opening of Crown Academy's public access beta, it looked different from the screenshots presented on the legal document and did not contain any visibly stolen assets. However, some Royale High fans still believed the game was stealing, and demanded certain items such as select skirts and shoes were removed or changed. Despite that these assets were not actually stolen, nor their concepts created by Royale High originally (though some being somewhat visually similar), some of these items were reworked and updated. Additionally, the unrelated game Enchanted Academy (2) by GrottyPuff was confused by some players for Crown Academy, and was also attacked for a second time in relation to Royale High.

When Crown Academy released in open beta on August 21, 2020, many people joined the game to leave a dislike or to harass players for playing a "copy" of Royale High. Crown Academy temporarily filtered various forms and abbreviations of "Royale High" from its in-game chat for a few weeks to limit its players being harassed.

On May 15, 2021, while callmehbob and LauncelotHandsome were on vacation, callmehbob's account was hijacked presumably by sim swapping. During this time, Royale High's main place map (Divinia Park at the time) was maliciously updated to ignore all game scripts, and instead teleported players to a Among Us-themed tycoon game. The game was later deleted, and therefore the teleport failed, leaving players on an out-of-bounds spawn until the game was later reverted by Roblox. callmehbob's account was semi-restored at the aftermath of the Incident until she gets logged into her account.

Royale High developer calinpj04 informed players on Twitter that their data was externally saved and would be reverted. (Tweet removed)[8]

The game has 8 associated Roblox Toys with it. 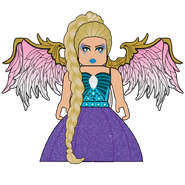 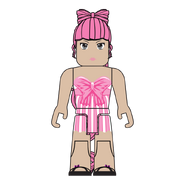 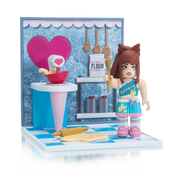 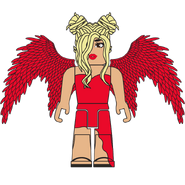 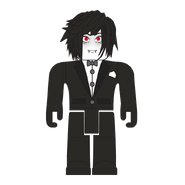 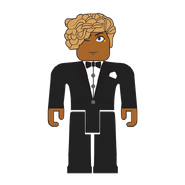 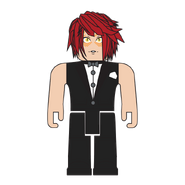 All major contributors to Royale High.