Start a Wiki
This page needs improvements to meet the Roblox Wikia's standards.

This article needs a complete rewrite or cleanup to meet the Roblox Wikia's quality standards. Please proofread this page and edit this to make it revamped.

Cindering developed the game Sharpshooter Mines, a shooter/tycoon style game with a focus on mining ore. It has received 3M+ visits.

ROBLOX High School has been featured in 5 ROBLOX events: BLOXgiving 2014, a Big Hero 6 tie in, ROBLOX Summer Camp 2015, a Peanuts movie tie in, Alvin and the Chipmunks, Finding Dory, and Imagination

Cindering developed a new RHS map for his Summer Update which was released in August 2015, adding many new features, buildings, and items to the game.

Cindering gives credit to other developers that help him. Here is the credit list for the game developers written: 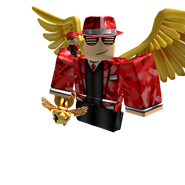 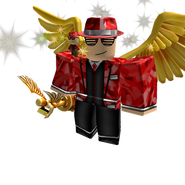 Retrieved from "https://roblox.fandom.com/wiki/Community:Cindering?oldid=984210"
Community content is available under CC-BY-SA unless otherwise noted.