Start a Wiki
This page needs improvements to meet the Roblox Wikia's standards.

This article needs a complete rewrite or cleanup to meet the Roblox Wikia's quality standards. Please proofread this page and edit this to make it revamped. The specific problems are: Needs some grammar fixes, changing Community namespace links to links using the Player link template, and changing external links to articles on the wiki to correct links

jaredvaldez4 is one of the most notorious and infamous users in Roblox history. He was infamous for popularizing the act of game plagiarism, which earned him a controversial reputation in the Community. On April 5, 2020, he made a tweet on his Twitter account which revealed that he had COVID-19 and was in the hospital.[1] Two days later, he stated that the symptoms of the virus had spread to his parents.[2] On April 25, 2020, he announced in a tweet that he fully recovered from COVID-19.[3] He is one of the only known notable users to have the COVID-19 illness and fully recover.

Jared was notorious for his copied places. jaredvaldez4 exploited games in order to gain unauthorized access to places for his own personal use. Jared has claimed that he acquired these games without exploitation, and took them only because they were supposedly uncopylocked, according to him, until he uploaded a now deleted video called "How To Steal Places On Roblox!" . The exact means of him obtaining other users' games was caused by him inserting a piece of code (named PlaceSteal) into the Roblox Plugins folder, then getting Roblox's "Teleporter" model (which allowed players to teleport from one place to another place) and then executing a script called "Exploit222" which would make a GUI come up that would trick Roblox Studio into teleporting into the game that he would steal, making him have access to the game in studio, while being in a server, and then download the entire game to his computer. The video was archived by a YouTuber named "AdminOfRoblox" . It is unknown if the exploit he used still works, as since the video was deleted, and AdminOfRoblox did not include the files. His most popular stolen games were Paintball!, which is a copy of Daxter33's game of the same name, and The Infection, which is a copy of Stealth Pilot's game The Undead Coming, with some maps added by Jared. Paintball! has received over 7.6 million visits, while The Infection has earned approximately 3.8 million visits. His place Command a Clone Army has achieved 1.4 million visits, and his copy of Welcome to the Town of Robloxia had achieved over 1.8 million place visits. While Jared was copying these games, a terminated user by the name of Gobtarp101 was claiming to be Jared and uploading the games that Jared stole. On May 2, 2020, the real Jared had a Skype call meeting the person behind the Gobtarp101 account.[4]

In addition to copying places, he copied StudioARE by establishing his own group by the name of "StudioJARE." StudioARE allegedly made threats to sue Jared for Copyright on their company name and stealing their 'RoWar' Series.

Jared had two other copied groups as well. After Vortex Security leader Chibitobi refused to take Jared's offer of 2-3 million Tix to sell ownership of the group, so Jared made a replica of Vortex Security named Team Vortex. He copied Vortex Security's group icon, as well as their group uniforms. Jared's meeting center for the group was the former meeting area for a group named X-101st. The group gained over 5,040 members. Jared later sold the group to dudiebum10.

Jared took ownership of a group called Rebel Squad. This group was also accused of plagiarism from other groups. Jared copied group bases and training facilities (which can be proven through his brother (DominicBaca)'s account) used by Team Domino, a minor war group with over 101,000 members (as of June 12, 2019) that is owned by Arkybow and used them as his own. The group icon for the group is copied from a group named Recon-Assault Team (RT). The main reason why his groups would grow so much is because he would claim to give free VIP at his paintball game to those who joined his groups.

Jared would set goals for how many members the group needed to have in order to begin a training. Once the group reached said goal, Jared would change the goal. Rebel Squad has been dubbed "The Next Team Domino," because of the similarities between both groups and their owners.

Rebel Squad has been given over to the user GOD2U. GOD2U has released a different group icon for Rebel Squad. He also owns a group named Iron Force.

Jared has been terminated several times on many different accounts over the years of him playing Roblox. His first account, Jaredvaldez2, was terminated after he purchased Lifetime OBC with his mother's credit card.[5] Then, in April 2008, he created Jaredvaldez4. He reuploaded all of the games he had published on Jaredvaldez2. It was later terminated in 2012 after Roblox found that he created a website named "faceblox.com", the entire website being dedicated to a Roblox-themed version of Facebook. Users on Faceblox were uploading content from Roblox, and Roblox threatened to sue Jared if he did not take the website down in time. He was soon to take the website down, however his account was terminated anyway.[6] Next, he created another account named Jared2valdez4 where he reuploaded all of the previous games that he had published again. The account was terminated sometime in 2013 after Roblox caught Jared selling and buying limited items for real life currency.[7] He created several accounts after Jared2valdez4, but has not attempted to make another public game yet. In 2010, on the forums Jared claimed he owned many other backup accounts: ChanceTK, jaredvaldez, jaredvaldez2, and jaredvaldez4. All accounts he mentioned were terminated.

Because of the sheer amount of backlash that Jared received in his earlier days on Roblox, he was often the subject of scrutiny through mockery. An example of this was a video created by SharpTH in December 2011. This video was clearly intended to be sending a message addressing the animosity towards Jared, but in a rather slanderous way. CodesterProductions also made many videos on Jared, even some reuploaded videos that Jared had deleted.

After his departure from Roblox, Jared makes videos on his YouTube channel and deleted most of his Roblox-related content. He has now graduated from high school. He is 21 and is no longer actively playing Roblox. However, he has come back on new accounts.

He has stopped plagiarizing other people's games as he has grown older, which has aided in rebuilding his reputation. As a result of this, there are some who now like and support him after his dramatic changes. He regularly posts content related to real-life events and politics. It has been disclosed on his YouTube channel that he dislikes both Donald Trump and Hillary Clinton and is also gay.

On February 4, 2017, he returned to Roblox for only one day. On May 28, 2017, he made a video stating how it felt like to be remembered by millions of players. This video can be found here. On September 22, 2017, he made another video stating that he would return to Roblox and would play regularly under the username, "iDream4Food." However, this account was later terminated because he tried to sell limited items for real money[citation needed] which is against the Roblox TOS. His new account is now Lost2Time, which was created in December 2017 and has not yet been terminated. This is the only known account of Jared's to not be terminated.

He made his first Roblox-related video in 2018 on January 1, 2018, titled "I'm Becoming a Roblox Gamer" which teased a full-time return to Roblox. He re-uploaded some of his old Roblox videos in mid-January and made a video revisiting his old game, named "The Infection."

His last Roblox-related video to-date was uploaded on February 10, 2018 which can be found here. While he has taken a long break from publishing Roblox-related content to his YouTube channel he still actively refers to Roblox on Twitter and has even stated in multiple tweets that he is trying to make a comeback to Roblox as he is trying to remake one of his old games.

These are in order from oldest to newest accounts.

A forum reply by Shedletsky, replying to Jaredvaldez4, which says, "You might be good, but I'm awesome. so no."

One of Jared's plagiarized games seen on the front page of Games. 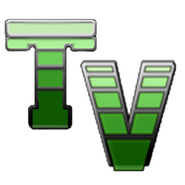 The group icon of Team Vortex.

One of Jared's stolen shirts.

The group icon of Rebel Squad.

Jared replying to a forum post in 2010 answering how many accounts he owned.
Add a photo to this gallery

Retrieved from "https://roblox.fandom.com/wiki/Community:Jaredvaldez4?oldid=973628"
Community content is available under CC-BY-SA unless otherwise noted.