NKM9 is a Roblox game developer who is most known for rescripting older games such as his version of Guest Defense and Guest Quest. He has also created a franchise known as Toonblox with the games Toonblox Elevator Crisis which is the demo of the full game Toonblox Universe (BETA). The full game has off and on development as indicated from the game's update logs in-game due to him being busy with many other things. He is currently rescripting and expanding a classic known as Dungeon Delver which was originally created by gl0in and gl0in2

He is the lead scripter for the Sword Fighting Group Hillclan owned by TwoHundredFriends and the Janitor for the myth group The Tower Of Cogs.

He attended RDC 2019 and participated in the Game Jam as the lead scripter, and got honorable mention with the entry ...Tycoon?[1]

He attended RDC 2020 and participated in the Game Jam as the lead scripter, and got honorable mention with the entry DynaBlocks[2] 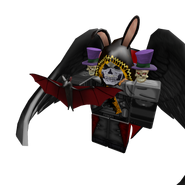 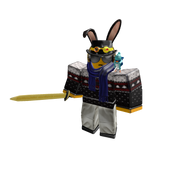 Holiday
Add a photo to this gallery

Retrieved from "https://roblox.fandom.com/wiki/Community:NKM9?oldid=1039693"
Community content is available under CC-BY-SA unless otherwise noted.