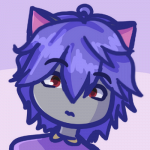 Welcome to my message wall ~
Here, you can ask questions, notify me of something, or report a problem.
Or just ask how I'm doing or just offer conversation, if you'd like!
Whatever it may be, I'll try to get back to you as soon as possible!
Your message may be rerouted to another administrator if it's more applicable.

BEFORE YOU POST:
Have editing questions? Try general help or ask on the wiki discussion board.
Looking for wiki rules & guidelines? See our rules (or full policies) & our Manual of Style
For non-wiki related posts- check my commonly asked questions first.
If you have Discord and you're in our server, I'll likely reply faster there!


REPORTING ISSUES:
Always link to the issue and offending user. This helps us manage it quickly.
For vandalism reports, post contributions (ex. Special:Contribs/Karasuneth) and/or a diff!
Avoid edit warring or minimodding, and always assume good faith.


REMINDERS:
I am NOT Roblox Staff and do NOT work for Roblox.
I cannot assist you with your account, ban, or give you anything for free.
Please use https://www.roblox.com/support for contacting Roblox with issues.
I'm open to casual conversation, but have a purpose to your message,
Short & pointless messages like "hi" will be treated as spam and removed.
Add some description and depth to your post!