Noob (also commonly spelled as n00b, newbie, nub, N()OB or Newbie) is an internet slang used to describe a new, or inexperienced player. It usually means "newcomer" which means an inexperienced person to a particular activity.  After a long time of use, the misspelled newb became its own word. To this day, people are constantly confusing "noob" with "newb", claiming that it means a new or inexperienced player, but that is not usually the intention of the user of the word.

The stereotypical noob appearance has been a major part of Roblox's culture for several years, often being worn by old and new users alike and being referenced in games, accessories, gear and bundles. It is also sometimes associated with wider Internet meme culture, which includes the classic death sound.

Most users associated with being a noob usually wear the default outfit.

In June 24, 2014 update, new users were given free clothing (e.g Blue and Black Motorcycle Shirt and Dark Green Jeans), a light grey body, the Smile face and the 3.0 version of the male/female bundles, but male users are given Pal Hair instead of 3.0 hair and without the 3.0 faces. Though male accounts created on or after this date received the Pal Hair for free, accounts created before this date have to buy the hair for 90 Robux. By 2016, new male users are given the ROBLOX Boy package, new female users are given the ROBLOX Girl package. New players have R15 enabled by default as they create their account.

If a user does not select a gender when creating an account, they will have a gender neutral outfit. They are given the Down to Earth Hair as well as a selection of both male and female clothing and accessories.

Some of these "noob" avatars can incorporate items that cannot be purchased with robux. This can include event rewards, toy items, or Items that could've been purchased using the cancelled currency, Tix.

A traditional noob look included a blue torso, green leg limbs, and yellow head and arms. This was one of the 8 color schemes the player would pick for their avatar in 2006 and 2007. Which delay to load used to display ducklings the traditional noob look, but was replaced with a medium-grey color that covered the whole body. Eventually, in 2007, new users would all look the same except for varying torso color. In late 2009, new users would now receive either a white or dark grey color for their arms and a Roundy, Blockhead or Trim head. An update in early 2011 changed the appearance of a noob's avatar; their avatar will use the default head, grey or white limbs, and start out with a randomly colored torso. Males will receive and wear Red Roblox Cap when joined, while females will wear the Pinktastic Hair, including

With the option for players to select a gender for their account came changes to the default "noob" look. The avatars for new users that chose male avatars had a Red Roblox Cap as their default hat. Female avatars came with the Pinktastic Hair that comes along with the 1.0 ROBLOX Girl.

Noob, despite much confusion, is not synonymous with newbie (newb for short) in the ROBLOX community, as well as most of the internet. While noob is a slang used famously as an insult for the unintelligent or irksome player, newbie or newb is used as a more literal term for an inexperienced or new player to an activity. However, newbie can also be used as an insult. Sometimes, people who brag about their Robux use noob for this meaning, or when the player hasn't achieved something while the other does.

Players usually call other players a noob when they are frustrated, with the intention to mock another player or belittle them if they frustrated them at an activity. However, people also typically call others a noob simply as trash talk or to attempt to make the opposing player frustrated. More experienced players also tend to call inexperienced players noobs simply as a stereotype. Some users mockingly call the new users with the default male avatar as "bacon hairs" and new users with the default female avatar as "noodle hairs" or "acorn hairs".

In a modern context, the noob is more often used as a fashion statement on Roblox. Many groups dedicated to the noob look have arisen, and the Noob is widely viewed as one of the most iconic "characters" within Roblox. Often times players will dress their avatars in basic, "noobish" outfits intentionally for the purpose of invoking nostalgia and having matching outfits with their 'noob' friends, usually wearing the 'classic noob style' with yellow, blue, and green, reminiscent of the classic-style Roblox outfits. However, other users may also wear the Pal Hair and other free items intentionally to seem new.

Many players dislike noobs due to them failing in most situations (e.g losing at the random game), being incredibly annoying, etc.

The use of the word as an insult may seem entertaining to some users, but to others, it is very annoying. People often insult those who win or lose against them, those who made their team lose on the game, those who ask for Robux, those who don't have Robux, etc. It may even be used to mock a user. People even make groups, shirts or T-shirts which shows their hatred or love for noobs. 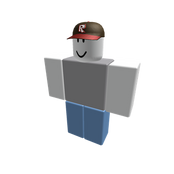 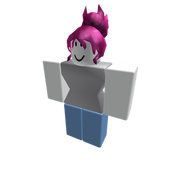 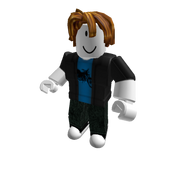 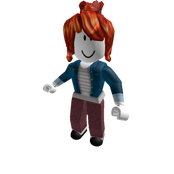 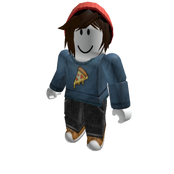 Another version of noobs skin but without any clothing on 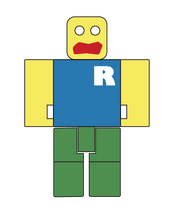 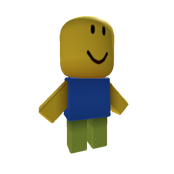 Old version of noobs as they appeared before 2013 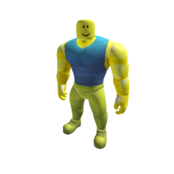 The Buffnoob
Add a photo to this gallery
Retrieved from "https://roblox.fandom.com/wiki/Noob?oldid=1049723"
Community content is available under CC-BY-SA unless otherwise noted.