Pants are textures placed around a user's torso and leg bricks defined by its PantsTemplate property. Any user can purchase and wear pants, but only users with Roblox Premium can create and sell them. Like most items on Roblox, they can be bought with Robux. The downloadable template for pants was changed as of 2016, like the other types of clothing.

Like shirts, pants have the ability to be transparent, which makes advanced graphic programs, such as Paint.net and Adobe Photoshop, helpful to many pants creators.

Around April 2008, Roblox has implemented wearable textures for players to cloth their avatars with--pants and shirts.

On April 23, 2008, John Shedletsky uploaded the official announcement for shirts & pants to his YouTube channel, titled: Shirts... And Pants. Pants Pants Pants Pants, with its music composed by Stealth Pilot.[1]

On April 24, 2008, John Shedletsky posted a blog post publicizing plenty of features on Roblox, most notably full-body shirts and pants in the past two weeks.[2]

Templates are tools that create the basic layout of clothing and help guide creators in designing their clothing. 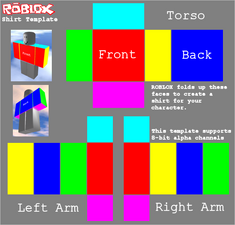 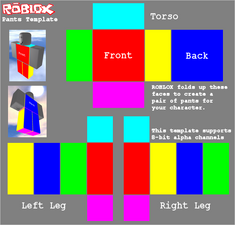 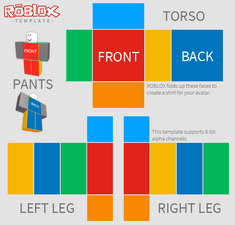 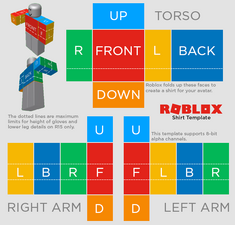 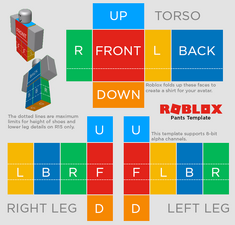 Improved New Pants Template
Add a photo to this gallery

Retrieved from "https://roblox.fandom.com/wiki/Pants?oldid=1068008"
Community content is available under CC-BY-SA unless otherwise noted.