Rthro (previously known as Anthro) is the 2nd most recent addition to avatar types for Roblox, first revealed during Roblox Developers Conference 2017. The definition of the word Anthropomorphic is given as the state of having human qualities or characteristics, hence the name Anthro. However, it was renamed to Rthro in October 2018. It is believed that the term Rthro is a portmanteau of Roblox Anthro.

These avatars stand out as being much more humanoid when compared to the traditional "blocky" appearance that is commonly associated with Roblox avatars. With more refined joints on the avatar than R6 and R15, animations are also more human-like. Most existing catalog content, such as hats, shirts, and pants are compatible with this avatar type.

Rthro scaling was fully released to the public on October 22nd, 2018,[1] and the first Rthro-specific bundle known as Knights of Redcliff: Paladin (along with the Rthro Animation Package) was published on October 23rd, 2018. An official blog post about Rthro can be found here.

The Proportions scaling option is also sometimes used with Rthro characters. Proportions makes your character a bit shorter with slightly wider hips. (Proportions will only take affect if your Body Type is greater than 0%.)

Bundles tagged with "RTHRO" in the Catalog automatically set Body Type to 100% when equipped. Some Rthro bundles will also set Proportions to 100%. All Rthro bundles are designed to be used with Body Type 100%, but they can be scaled down if you like.

Between the time that Anthro was initially announced and when it was released, users have found the main files for Rthro inside Roblox's files. Many videos have surfaced on websites such as YouTube about this. These included faces, or what Roblox called "face projections", legs, textures for bodies, actual bodies, and other unconfirmed avatars. The original avatars were named Ken (male avatar) and Barb (female avatar) by Roblox, following a similar naming fashion to the male[2] and female[3] Barbie dolls.

Roblox uploaded a model that would become the baseline for all Rthro packages, and can be found in the asset library here.

A private group led by Stickmasterluke (which involves some official Roblox administrators as members) had published a testing game called Avatar Future, which allowed users to experiment with scaling and packages pertaining to Rthro before it went private at the end of September 2018.

On May 30th, 2018, an announcement was made on the Roblox Developer Forum showcasing two new sliders for the Scale section in the Avatar Editor, which led many to believe Rthro had released due to the ability to scale avatars to more realistic shapes. CloneTrooper1019 confirmed this as false on his Twitter, where he states that the scaling were what Anthro evolved into.

On October 15th, 2018, another post was made to the DevForum explaining the next stage of Anthro in full detail, and also referred to it as ‘Rthro’.

Many Roblox users have criticized the realism of Rthro after it was initially announced. Many arguments suggest that the former avatars were too realistic for Roblox and would only serve to push the platform further towards the uncanny valley due to conflicting with the well-known blocky appearance of avatars. Users also expressed concern that Rthro will replace the more traditional R6 and R15 avatar types, however this was confirmed to be false. There were also fears that the new character style would not be compatible with certain hats and gears, and some also believed that Rthro will encourage online dating.

At RDC 2017 and on the Dev Forum, multiple Roblox Developers commented on their dislike for Rthro and made jokes about it. Additionally, several Roblox YouTubers have heavily criticized it, claiming that it will be used by online daters.

After the scaling options and first Rthro package were released it became controversial quickly, but it was not received as negatively as people had thought. Many users appreciated the fact that Roblox allowed players to try the package for free. The package itself was reported to have some flaws, where many users had issues with the head in particular as it would often not scale correctly or cause other body proportion issues when worn. The animation package was also well-received, primarily due to the fact that it is the first free animation pack that Roblox has released. Some packages have been praised for being well-made. Roblox has purchased the rights of some avatars from third-party stores like Unity and used them as Rthro avatars which drew some criticism despite Roblox being allowed to do so. Most players have accepted the existence of Rthro, however there is a vocal minority that continues to criticize it from time to time.

First concept art of the Female and Male Rthro, next to an R15 model. 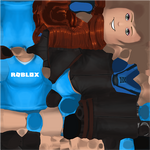 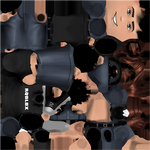 A display of various Robloxians, including some Rthros, from the Roblox Developer Conference 2018 presentation.

Comparison between all three body rigs 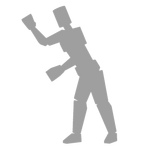 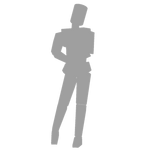 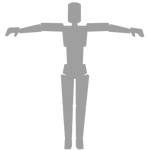 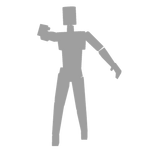 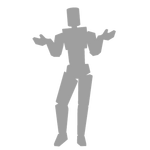 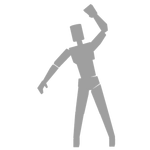 Retrieved from "https://roblox.fandom.com/wiki/Rthro?oldid=935020"
Community content is available under CC-BY-SA unless otherwise noted.