View source
watch 02:19
Wiki Targeted (Games)
Do you like this video?
Play Sound

On November 11, 2015 Roblox announced on a blog post that they were hosting a contest called the ROBLOX & T-Shirt Design Contest.

[1] Those who won first place in each category will receive $5,000 ROBUX, plus 10 free shirts of their design in any size.

In order for users to enter users had to: 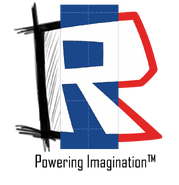 “The Stages of Design” by sakurahokage

“After the Flash” by ChadTheCreator