Around 205,000
Accurate as of Jul 14, 2020
The United States of America (nUSA) is a group on Roblox based on the real-world country of the same name. Aside from being one of the largest groups on Roblox, it is also the largest country-clan group on Roblox. This was looked down upon other country leaders, as many other USAs with more work put in at the start grew to only a few thousand. This is also a relatively new USA, the first being "Americans" and the second was Gmf23/34's USA stolen by Maculus. It is formally known as NUSA.

The group has several cities used for the group:

Washington D.C. was the first city to be published for the United States of America. After a long history of versions with many different developers, this latest creation includes the same scripts and building style of The United States of America's other city, Las Vegas. This most recent version, created by Squareheaddude, currently has the largest map size of any city.

This city was originally made by Pauljkl, but Nightgaladeld had full permission to use it for his group. It has nine game passes, and it has a car and gun dealerships. Las Vegas is known to be the most popular of the United States of America's cities but has recently declined in it's popularity, giving way to Washington, D.C.

The original New York City (NYC) was based on Grand Theft Auto and was the only city to date which allowed players to drive boats. One of the most notable developers for the original New York City is Ethancomputermad. Many development teams had been put together over the years in hopes of restoring New York City, but none have led to an official release. The latest attempt was made public in 2019 which named RBZs and Perathri as hired developers for the project.

Albany New York is an abandoned city project, but what makes this city distinct is that it did not use as many bricks as it's counterparts, NYC (the old version) or LV, but rather uses detailed decals on surrounding buildings.

Another abandoned city project, which was worked on by Sazux (builder) and Aceylos (scripter) and has never been finished, nor released.

There are many agencies for the USA group, like the DOJ (Department of Justice), NASA (National Aeronautics and Space Administration), and the CIA (Central Intelligence Agency), but most of the agencies have tryouts. Most of them are allied with the USA group and are owned by pauljkl or Squareheaddude, while others are not allied, but are official because the President/Vice President of the group owns them. Most agencies' group names start with [USA]. Ranks in the USA group may change when users are in a specific agency.

The Department of Defense, or DoD, are allied with the USA group and agencies that prioritize defense, such as The United States Military (the one owned by Nightgaladeld), Defense Intelligence Agency, DARPA Defense Security Service, and more agencies.

This is an agency that protects the USA group and their cities. Agencies allied to the group would be the Coast Guard (a United States Military branch), the NSA, the United States Secret Service, and few more agencies, some of which are part of the Department of Defense.

Various images and logos used by the United States of America. 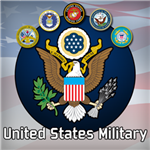 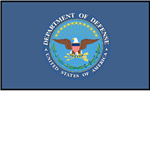 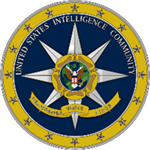 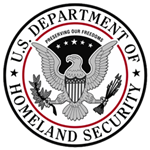 Picture of the Washington D.C. logo.

This is the image of New York City [OUTDATED] 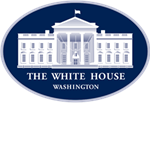 Current group picture of the White House staff.
Add a photo to this gallery
Retrieved from "https://roblox.fandom.com/wiki/The_United_States_of_America?oldid=974751"
Community content is available under CC-BY-SA unless otherwise noted.