Roblox Wiki
Register
Don't have an account?
Sign In
Advertisement
in: Stubs, Events, Articles with trivia sections,
and 2 more

View source
watch 02:52
Roblox: DeepWoken - The Loop
Do you like this video?
Play Sound
Stub
This article is a stub. You can help the Roblox Wiki by expanding it.

Attention all ROBLOXIANS! Transformers have invaded ROBLOX! The Autobots and Decepticons are in a War for Cybertron and Optimus Prime and Megatron are looking for new recruits. To become a recruit, you must find all 5 Autobot or all 5 Decepticon coins to earn the Autobot or Decepticon recruit hats. Find all 10 coins and join both teams!

Transformers Prime was an event that took place on February 11, 2011. It was to promote the new series on The Hub, called Transformers Prime. There was a total of 10 games created by the account TransformersEvent for the event. The 10 games were divided into 5 games for the 2 teams. 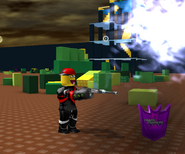 A promotional screenshot taken from the Roblox Blog. 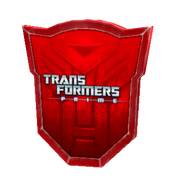 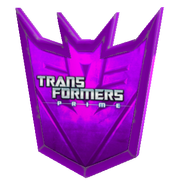 The first ad for the Transformers Prime event.