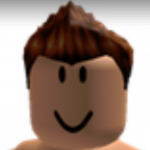 My avatar: my true look.

roblox is better than earth (terracil)

Welcome to AFI! (or ABTD)

Extreme Force Studios is a group I made to build hypothetical games like Face Wars, Sharks & Minnows, House X, and Ultra Laser Runner. Join here at this link.

The owner of the group.

The sub-owners of the group.

VIP members of the Mega Assist Team. Step under Vice.

Retrieved from "https://roblox.fandom.com/wiki/User:Angrybirdstd?oldid=563301"
Community content is available under CC-BY-SA unless otherwise noted.