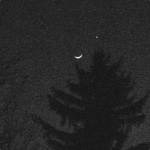 Hello there! user reading my profile for some reason.  Below there's some questions you might ask and me answering them.

Just another wikia editor and Zombie Survival moderator for Rushy Servers and yeah that's it. I also like chugging on coke and eating pizza. I love listening to metal music and watching professional wrestling.

When did you join ROBLOX?

When and how did you find out about ROBLOX?

10 years ago on June 4th 2009. (1 day after Gear Categories and Rental Gear were added, 14 days before TBC was added and 17 days before The Forums reach 10 million threads, 24 days before Billy Mays death and 9 days before the 2009 Iranian presidential election protests.)

So basically, it was around 11 or 12 AM. I was with my brother, father, and cousins. My dad was doing some work while me and my brother and my cousins were playing flash games. I don't remember what the others were playing but i was playing Bush Shoot-Out. My brother saw a advertisement about that had a jetski in it. He thought it looked cool made an account and told me to join it. I refused to do it because i was playing Bush Shoot-Out. I still remember that moment clearly as if it was yesterday.

What other games do you play?

TF2 for life. I also love some L4D2 and G-MOD from time to time.

Do you watch Anime?

Yes i do! Here is an (inaccurate) list of the anime i watch.

All the Accounts i own

Below you will see an incomplete list of every single account i own. (Arranged in creation date)

Articles i have created

Please click on [Expand] in order to see all the Articles i have created on this wiki.

I have created 27 pages for Users.

I have created 69 pages for Places.

I have created 3 pages for other things on ROBLOX.

I have created 15 pages for Items in the Catalog.

I have created 3 pages for Series.

I have created 21 pages for Contests.

I have reated 7 pages for Groups. 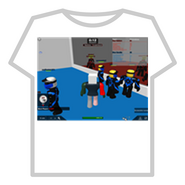 Playing an unknown game on 2010 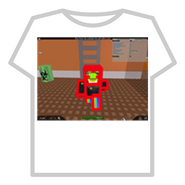 Playing Destroy the wall in 2011

Playing Survive the Disasters in the year 2013

Attempting to survive a Giant Bomb at Survive the Disasters, 2013.

(2013)Back when everyone would spam this every time that disaster came. Epik duk was so over with fans.

Taking a photo near ruins at Survive the Disasters, 2013.

Showcasing a Troll face at Sandbox, 2012.

Playing as a German Soldier in CaptainKF's Road to Victory, 2009.
Add a photo to this gallery

Retrieved from "https://roblox.fandom.com/wiki/User:RollwithRaven?oldid=917732"
Community content is available under CC-BY-SA unless otherwise noted.