Start a Wiki
watch 01:50
The Loop (Games)
Do you like this video?
This article is a stub. You can help the Roblox Wikia by expanding it.

Wonders of the World

Wonders of the World Building Contest was an event/contest that began on March 11, 2007 and ended six days later on March 17, 2007.

The contest (which was held by popular demand) was to build a "Wonder of the World". There were 4 winners who won a t-shirt of their place on it. On the t-shirt prize, headquarters is misspelled as "headquaters". 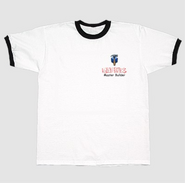 Front of the T-Shirt 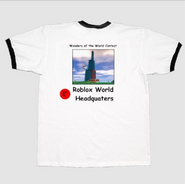 The back side of the T-Shirt
Add a photo to this gallery
Retrieved from "https://roblox.fandom.com/wiki/Wonders_of_the_World?oldid=836848"
Community content is available under CC-BY-SA unless otherwise noted.